How Banks Can Use Blockchain | Benefits Of Blockchain Technology In Banking

Blockchain technology for banking entered public lexicon alongside the rise of bitcoin, the controversial, yet revolutionary, digital currency. while banks and other financial institutions didn’t immediately jump on the open-ledger train, recent developments have reinstated the technology as a way to solve some of the financial industry’s most pressing pain points.

Today, some of the biggest names in banking and finance are well underway with embracing blockchain technology.

BENEFITS OF BLOCKCHAIN TECHNOLOGY IN BANKING

The industry’s renewed excitement in blockchain and financial institutions revolves around the technology’s key benefits.

The financial sector is notoriously hack-prone. Its attack surfaces are broad, namely due to proprietary banks managing centralized systems where a single point of failure can trigger exposures of the whole.

With blockchain’s distributed network, though, banks eliminate those single points of failure. Every transaction recorded in a blockchain ledger undergoes a complicated set of encryptions interconnected with the next. The result is an unalterable series of coded data “blocks,” each dependent on the rest in the ledger’s serial. It presents one of the best cyber-defenses against hacks and fraud in today’s IT ecosystem.

At its core, blockchain is a digital recording system. It offers unprecedented visibility into the entire lifespan of a transaction or value exchange within a bank’s operations, plus reduces the need for expensive and time-consuming third-party verifications along a payment process or funds transfer.

Together, a hard-to breach, decentralized data system streamlining transactions reduces many of the top security concerns for banks. Error and fraud rates drop while administrative costs decrease, while also near-eliminating the need for redundant storage of customers’ sensitive financial data.

HOW BANKS USE BLOCKCHAIN

Together, blockchain and banking offer one of the most exciting commercial frontiers of the 21st century. Already, financial institutions use decentralized data ledgers for several key functions.

The average KYC request today takes between 30 and 50 days to review. That extensive timeline is mainly due to the number of players involved in the KYC verification process, which includes independent request reviews from third-party vendors and even other banking institutions, plus results in the duplication of user account data.

A globalized marketplace calls for stronger, smoother management of digital exchanges and money conversions. In fewer places is this need more apparent than with international real-time gross settlement processes, where separate banking institutions must corroborate to execute a funds transfer or conversion in a timely yet secure manner.

Blockchain inherently simplifies this modern remittance function. Indeed, blockchain’s unique design allows it to handle instant, yet safe, financial transactions around the globe. Plus, with its near-untamperable ledger, blockchain also significantly reduces the risk for chargebacks and payment disputes and doesn’t carry the fees associated with cross-border remittance.

With smart contract blockchain, core pieces of a contract are also visible, irreversible and indisputable. Every party involved in the process remains on the same page regarding the details of a transaction and why the provider is now upholding specific obligations.

Loan syndication activities, in particular, benefit from blockchain. Already, banks see dramatic improvements in timelines for transferring approved sums to lendees. For example, today’s syndicated loan will take around 19 days for all participating banks to clear and approve. For more complicated loan processes — such as car and mortgage loan transfers or early loan repayments — that process can be even longer.

GET BLOCKCHAIN FOR YOUR BANK

Join today’s most elite financial institutions by integrating blockchain technology into your bank’s operations — without the headaches or hurdles of going at it alone.

Take 30 seconds to fill out our form so that we can learn more about you and your project - leave us a message via:

What Is A Web App? Professional Web Application Development Company In Vietnam

Aegona is the best of web application development company in vietnam. contact us today & discuss, how we can develop a mutually beneficial and long term relationship

Aegona - IT service & software development company. we have continually evolved over the past years to reach to the forefront of being a leading offshore software outsourcing company in vietnam.

Aegona - software outsourcing services for efficiency in vietnam. contact us today & discuss, how we can develop a mutually beneficial and long term relationship

Are you searching for a software outsourcing company? Wondering which one should you go with?

When you need specific expertise and experience, finding the right people can be a challenge – but it doesn’t have to be, because there is Aegona will offer A software development team right now for you

Aegona is an it service company based in ho chi minh city, vietnam, established in 2018 with the power of more than 40 software engineers. 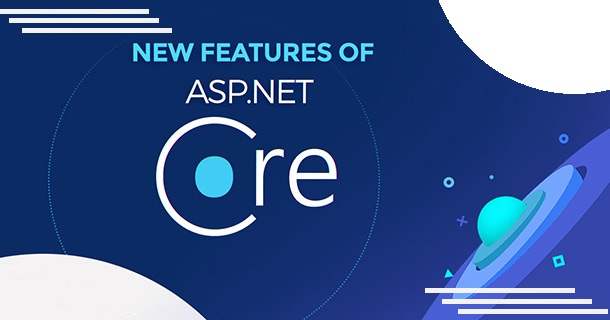 Working with .net core and .net mvc from day one, aegona is definitely a reliable partner for any complex web application development project.

In recent years, the it outsourcing market in Vietnam has been attracting businesses because good service and the price is much cheaper than other countries in southeast Asia.

These are the ten best java web frameworks, frameworks that will last a long time, and support you in whatever you need to do regarding modern java web development.

THERE'RE SEVERAL WAYS TO CONNECT WITH US

You can reach our customer service at 84-28-71092939 or contact@aegona.com For additional assistance, we offers the following support channels Contact Us